Our First Artist of the Month is Miss Bix & The Blues Fix. 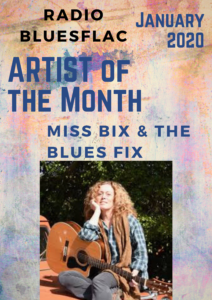